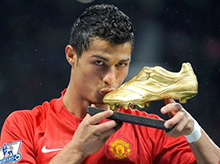 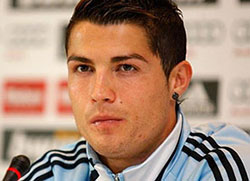 "My name is Cristiano Ronaldo and I'm a football player. This is what I am. I'm on the top of the world. Now? I want to be eternal!"

From a boy from a neighborhood in Madeira, Portugal, Cristiano Ronaldo became one of the most expensive football players.

Cristiano Ronaldo still holds the world record of the highest transfer in the history of football. He has 26 million Facebook fans, 3 million followers on Twitter, that make Cristiano an ideal media to big brands like Nike, Armani, Clear, and Castrol to commercialize their products.

Cristiano Ronaldo is playing in:

His contact with Spanish team - Real Madrids expire in 2015 but for now the spanish striker will stay in the team after that date.